I don’t remember being precociously wordy as a child, though I do remember playing word games with my parents and looking at the Saturday Telegraph crossword in the back of their car during tedious hours of shopping.

I used to get two or three clues, I think, and then give up – one stuck in my mind: “In favour of agricultural equipment used for angling (11)”, the solution being PROTRACTORS … not a world-beating clue by today’s standards, perhaps, but it must have impressed me at the time.

It was 20 years ago that the future Mrs Boatman introduced me to Araucaria’s work, when tackling the Guardian Saturday puzzles became an important part of our weekend routine.

I remember the first of Araucaria’s alphabetical jigsaws that I tackled with Mrs B. There were two intersecting six-letter solutions for the letter “I”, which shared the same clue: “Home whither holy people maybe fly”. The solution was both INSECT and ISRAEL: it doesn’t get much better than that.

I was stunned by the depth of wit and meaning that Araucaria could get into something as simple as a crossword puzzle, and I started to play with the idea of compiling for myself.

My first puzzle was a Christmas present for Mrs B in 1999; it was about her dog. Pieces for 1 Across followed in 2001, then seven years of support from Tom Johnson (then editor of 1 Across) and persistent flattery of Hugh Stephenson (I may have been learning a few things, as well) persuaded Hugh to try me in the Guardian.

Want to join the discussion?
Feel free to contribute! 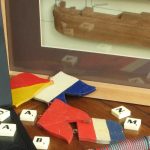 What Else Do I Do?
Scroll to top